Posted on November 9, 2017 by Stupidity Hole

The last excursion for this semester involved examining purple waves and their effects on inter-tidal zones and beach profiles.

The harmless dye was used to show how a rip current was flowing.

It, like the forms of the waves, was quite “Temporary“, stretching out before dissipating.

I like the forms of waves. It’s interesting in that I don’t think many people think of them being temporary due to how present they seem to be.

I also like how the dye mixes with the waves as they crash.

This is my submission into The Daily Post‘s photo challenge for this week. 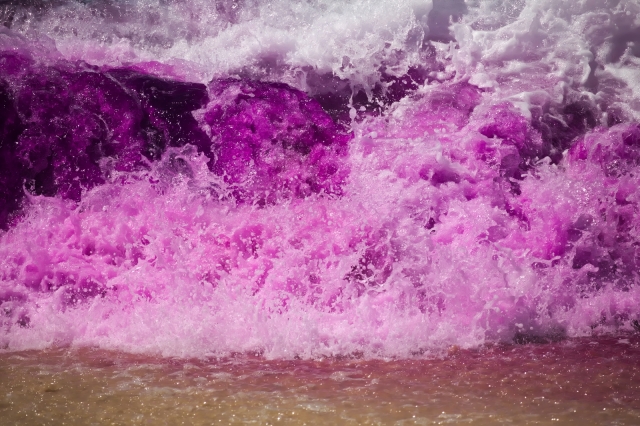 I'm some guy that does stuff. Hoping to one day fill the internet with enough insane ramblings to impress a cannibal rat ship. I do more than I probably should. I have a page called MS Paint Masterpieces that you may be interested in checking out. I also co-run Culture Eater, an online zine for covering the arts among other things. We're on Patreon!
View all posts by Stupidity Hole →
This entry was posted in Photography and tagged beach, crash, crashing, dye, maroubra, nature, ocean, photo challenge, purple, temporary, urban, waterscape, waves. Bookmark the permalink.