I took this photo as I liked how Sydney Harbour Bridge appeared to be further past Blues Point Tower than it is, as here it appears as though almost the whole of the bridge sits past the apartment block rather than a small amount.

Just to give a rough idea from a vantage point close to where this was taken, here’s a photo of the same area.

Outside of that I like the colouring in this one. It’s quite similar to the colouring of the photo I shared yesterday. I think that (in conjunction with the amount of sky in the shot) it helps things feel small and diminished. 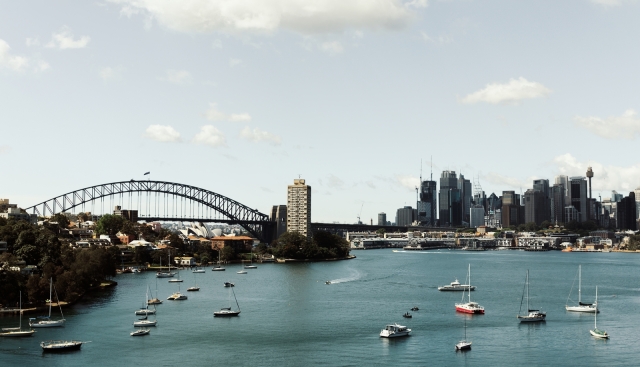 I'm some guy that does stuff. Hoping to one day fill the internet with enough insane ramblings to impress a cannibal rat ship. I do more than I probably should. I have a page called MS Paint Masterpieces that you may be interested in checking out. I also co-run Culture Eater, an online zine for covering the arts among other things. We're on Patreon!
View all posts by Stupidity Hole →
This entry was posted in Photography and tagged Australia, blues point, bridge, City, cityscape, harbour, perspective, Sydney, tower, urban, water. Bookmark the permalink.