Bridge Out of the Opera House

Posted on February 1, 2021 by Stupidity Hole

This was taken roughly a week-and-a-half ago.

I was taking some shots of these two things when I thought I’d try to make The Sydney Harbour Bridge look like it was coming out of The Sydney Opera House.

I think I managed to imply what I wanted to show, but I’m going to need to work on this scene a bit more.

I think the colour balance is nice. The shot is a little too bright in some spots, but overall I think the light works well with the colour to help this scene feel either too harsh or too subdued.

This is my submission into the one hundred-and-thirty-third Lens-Artists Photo Challenge.

The theme for this one is “My Photography Journey“.

I’ve been doing photography for longer than Stupidity Hole has been around, though until I bought the 60D in 2011 (and subsequently the 5DMarkIV in 2018), I wasn’t taking photos as frequently as I now am.

That being said, I think that if you were to look over how the photos shared here were compared to now, you’d see not much of a shift in subject, but a slight upward shift in quality.

I might not have quite captured what I was hoping to capture with this one, but I do think that this does show a progress in thinking about space and angle.

The challenge is hosted by four people and cycles weekly:

This week’s challenge is curated by Amy. The next one will be curated by Tina, with the theme for hers being “Before and After”.

The challenges are pretty fun and there’s a lot of room for interpretation that doesn’t get in the way of enjoyment. If you’re into photography, then I suggest participating, or at the least checking out what other people are submitting. 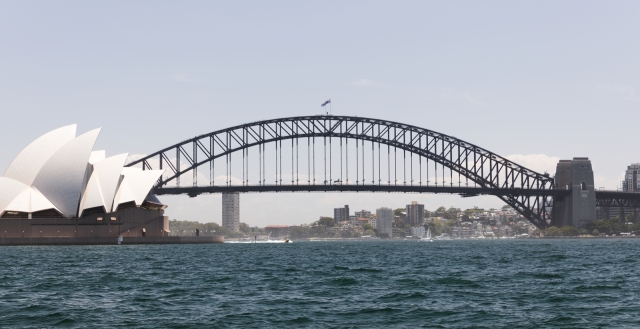 I'm some guy that does stuff. Hoping to one day fill the internet with enough insane ramblings to impress a cannibal rat ship. I do more than I probably should. I have a page called MS Paint Masterpieces that you may be interested in checking out. I also co-run Culture Eater, an online zine for covering the arts among other things. We're on Patreon!
View all posts by Stupidity Hole →
This entry was posted in Photography and tagged architecture, Australia, bridge, City, harbour, house, lens-artists, opera, perspective, Sydney, urban, water. Bookmark the permalink.

14 Responses to Bridge Out of the Opera House