I was playing around whilst holding the camera. Not a great photo by any measure but I do like how the scene looks.

Feels a bit wobbly and (at least to me) comes off as being about the path of the light more than anything else. Kind of an impression of an urban scene. Perhaps it could be referred to as experimental, but I don’t feel as though I was experimenting.

Anyway, I hope you enjoy. 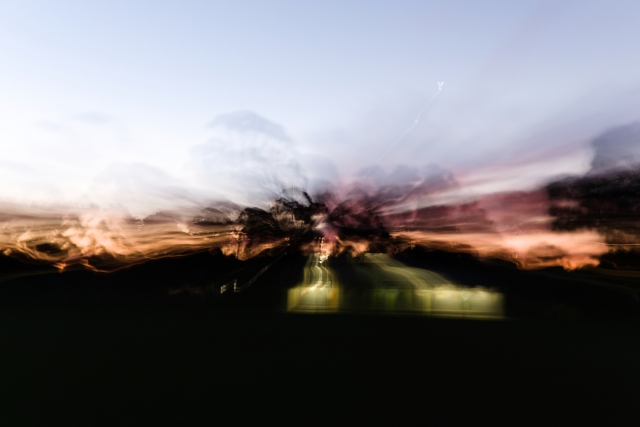 I'm some guy that does stuff. Hoping to one day fill the internet with enough insane ramblings to impress a cannibal rat ship. I do more than I probably should. I have a page called MS Paint Masterpieces that you may be interested in checking out. I also co-run Culture Eater, an online zine for covering the arts among other things. We're on Patreon!
View all posts by Stupidity Hole →
This entry was posted in Photography and tagged evening, impression, light, long exposure, scene, sky, urban, wobbly. Bookmark the permalink.