Gulls of the Sea

As you can see, here is a shot of gulls of the sea as seen in a location found somewhere in the ocean.

It’s not often I get to see birds floating on water, so I was pretty willing to get this shot.

I like that most of the gulls aren’t settled, as it adds an extra sense of movement to the scene that’s kind of separate from the waves.

I also like that the gulls appear to be within a narrow range. Maybe they were, but I like that in this photo it’s the perspective that causes the effect.

This is my submission into Leanne Cole‘s TPM photo challenge for this week.

This week’s theme is “Birds”.

I suggest checking out Leanne’s photography, as well as checking out what other people submit into the challenge.

You can find the challenges here. 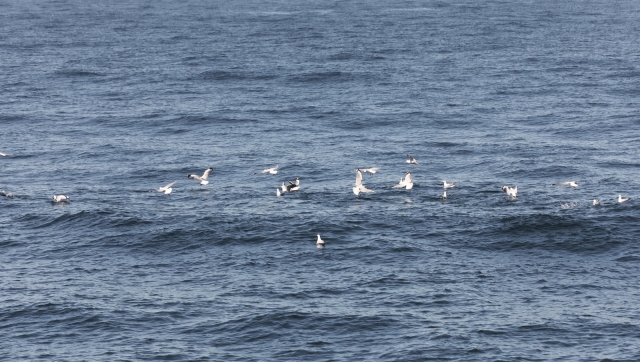 I'm some guy that does stuff. Hoping to one day fill the internet with enough insane ramblings to impress a cannibal rat ship. I do more than I probably should. I have a page called MS Paint Masterpieces that you may be interested in checking out. I also co-run Culture Eater, an online zine for covering the arts among other things. We're on Patreon!
View all posts by Stupidity Hole →
This entry was posted in Photography and tagged animal, avian, bird, creature, gull, nature, seagull, silver, tpm20_4, water, waves. Bookmark the permalink.