Not all of Goat Island, but just enough of it to make it appear as though it’s attached to the area where the buildings behind it are by land.

I was stuffing around a bit with processing when I got this result. It’s not quite how the area looks; the colours are rather different, but I do like how the image has a partial faded feel. I think it works with the sky being mostly cloudless. 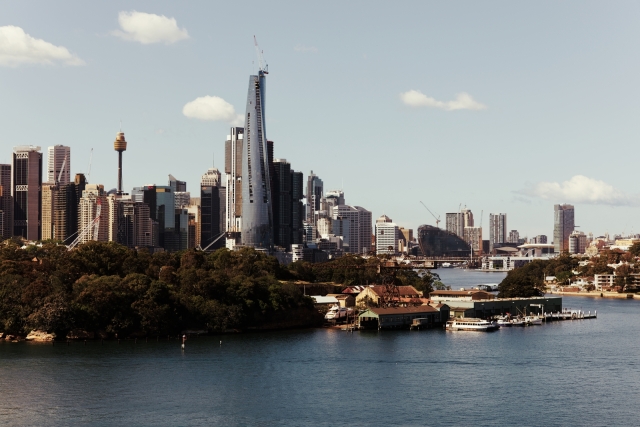 I'm some guy that does stuff. Hoping to one day fill the internet with enough insane ramblings to impress a cannibal rat ship. I do more than I probably should. I have a page called MS Paint Masterpieces that you may be interested in checking out. I also co-run Culture Eater, an online zine for covering the arts among other things. We're on Patreon!
View all posts by Stupidity Hole →
This entry was posted in Photography and tagged architecture, Australia, buildings, City, goat island, harbour, structure, Sydney, tower, urban, water. Bookmark the permalink.

1 Response to Structure Behind Goat Island