A Clearing by the Sea

The first time I saw this field it caught me by surprise. I think it was mostly due to not expecting see a space this cleared along where I was walking.

It doesn’t come through as well with the lens I was using, but it feels like a sudden shift in the landscape and, even though the explanations as to why it is the way are mundane, it feels mysterious.

Maybe there’s a sense of ominousness to this scene too, though that likely has to do with the clouds’ heaviness and the storm in the distance. 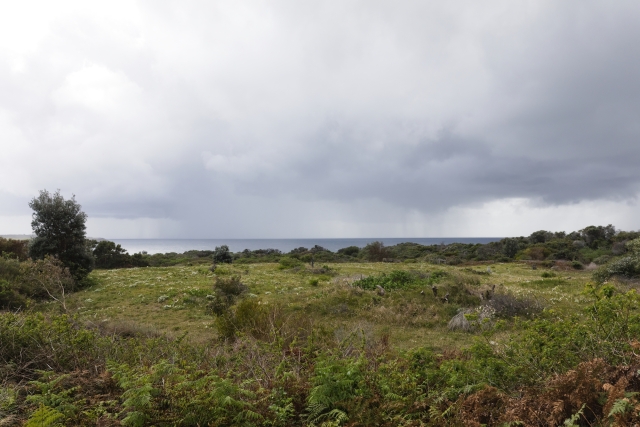 I'm some guy that does stuff. Hoping to one day fill the internet with enough insane ramblings to impress a cannibal rat ship. I do more than I probably should. I have a page called MS Paint Masterpieces that you may be interested in checking out. I also co-run Culture Eater, an online zine for covering the arts among other things. We're on Patreon!
View all posts by Stupidity Hole →
This entry was posted in Photography and tagged clearing, clouds, flora, mysterious, sea, storm, vegetation, water. Bookmark the permalink.